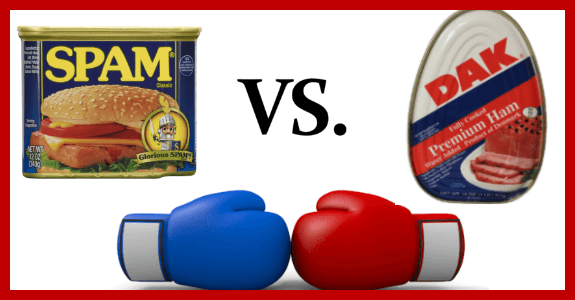 When you think shelf-stable, do you immediately think of shelf-stable meat? Me neither. I mean, sure, my pantry is full of the usual zombie-fighting foods – canned milk and corn, yeah, but meat has been an issue we’ve been debating around the ol’ Prephappy offices lately. Do we stock up on canned meat or just plan on being vegetarians after the SHTF?

When you get down to it, parts is parts. It’s all critter. Just some of it has been chopped, cooked, pressed together to form some sort of shape, and then cooked again. MMMMM, mmmm.

The way I got over this is to remember that canned meat has undergone about the same process any fast-food burger has – or even fancy deli meat has. It’s just, er, rougher. Tougher. More survivaly.

So I’ve been doing research on canned meats – both for this article, and for my family as well. I’d like to share my top 6 shelf stable meats with you for your consideration.

That’s the obvious one. The ingredients look pretty much like deli meat.

I also found this article online from the (blasted mainstream media bastards) at the unforgivable Today show. So that article combined with some others I’ve seen tell me that yeah, they’re pretty similar. So check your Spam snobbery at your pantry door and stock up on the little buggers. I expect to pay about $2.50 a can.

The smarty pants over at Spam came up with a Spam-on-the-go version. Good for your BOB! Here’s where to get it.

It’s really good served Hawaiian style with eggs and spinach (or kim chee), served with rice and soy sauce. Hawaiians know how to rock the Spam. 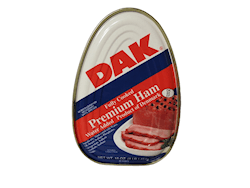 It’s from Denmark, so you know it’s good.

Best one: the classic DAK ham.

Now we leave the lovely pig, and move on to our bovine friends. Roast beef is actually not bad at all. Remember, it’s undergone significant cooking, so it will be soft and delicate. So be careful when cooking it, otherwise it will turn to mush.

The best canned roast beef, in my opinion (well, duh, I guess, it’s my blog) is the one from Kirkland (AKA Costco). It’s available on Amazon, but the price is too high, so find a Costco to get it.

Yea, we all know about that one. But what list of canned meats would be complete without it? Next.

Wait, I’m sorry about that obvious one. Just to make up for it, here’s a link to a great shelf-stable soup you can make with it: Six Can Chicken Tortilla Soup. If you want to get fancy, you can stock corn Masa and cooking oil, and fry up your own post-apocalyptic tortillas on your volcano stove. Betcha you can barter a bowl of that for some ammo. 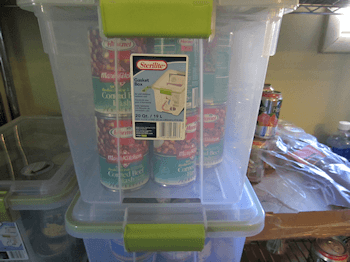 Yes, it’s mixed with potato, but it’s soooo gooooood. It’s better than canned corned beef on its own. Top it with a poached egg – I reckon that eggs will always be available post SHTF – and baby, you’ve got yourself a full-on meal. And yea, I buy that one from Amazon. They currently have a low fat one (I actually like it better than the all fat one), and you can get it for 15% off the normal price if you subscribe to it. Every 3 months, 2 cases of this bounty comes my way and gets stored in my gasket boxes. 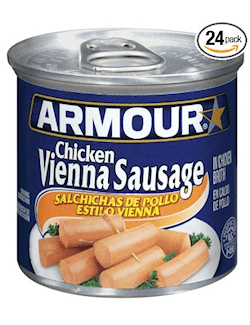 Did you think I was going to say “tuna”? Ha! Tooooo obvious, you guys! I’ll even get a tad more esoteric and qualify this one by prefixing it with the word “Chicken”. Chicken Vienna sausages are the Cadillac of canned meats. They have very few ingredients, mostly chicken. Ingredients-wise, they’re similar to a chicken nugget. There’s a bonus in the fact that the cans are small – they’re easy to carry and would be a great addition to a BOB (bug out bag). I’m going to batter and deep fry some this weekend.

Again, I get these at Amazon – I can’t find them anywhere else. And they have these on their subscribe and save program, so they’ll be 15% off. Another shameless plug, sure, so if you buy them at AMZN thanks for that. The bit of $ they send my way will go straight back in to sausages. The circle is complete.

Let me know what meats you’re stocking up on these days. 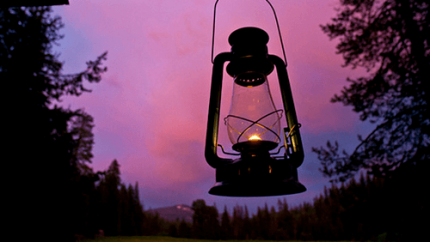 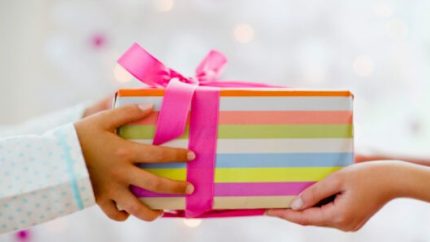 Emergency and Disaster Prepping Preparing for the Unprepared

How to Prepare the Unprepared With Clever Gifts