or dig out your garage,

all without poking out your valuable eyeballs?

The lights – the power grid as we know it – are toast after the earthquakes. And surprisingly the roving bands of marauders settled down fairly quickly after FEMA opened up Camp Roosevelt and got the unprepared folks fed and watered. See, not so bad, right?

But being the independent soul you are, there’s no Camp Roosevelt for you and yours. You’re not a line-stander. You’re a survivor. You’re – dare we utter the word – a “prepper”!

I’m with ya, brother. Or sister.

But there’s stuff to be done. We, the survivors, don’t have time to sit on our junk and wait for things to happen. We make things happen. And to make things happen, we need tools – after all there’s screwin’ to be done. That giant pile of wood scraps your father-in-law has been collecting won’t magically make itself into something useful. Here’s a few areas to consider shoring up if you haven’t already:


Imagine that the wind has blown apart your little chicken coop. And while the weather is nice, you need to get in there and make repairs so your chickens are safely tucked away from neighborhood predators. You’re going to need to drill wood pieces and attach them with some bolts.

Consider all the things you need to fasten other things with. Make sure they’re all in good working order and that you have the oils and lubricants needed to maintain them.
Here’s some suggestions for tools that will help you fasten things to other things:
screws and screwdrivers with different heads

Your neighbor down the street is a prepper like you, and his family, like yours, is not at Camp Roosevelt either. He’s an experienced hunter and just bagged a local deer. And you have a solar dehydrator. Magic.

Consider diggers such as shovels, mattocks, and hatchets.

I’m considering keeping these under the bed after listening to some sage advice of an expert. An earthquake can happen at any time, and by having a few tools under my bed, I might be able to hack my way out if it happens in the middle of the night. It can’t hurt, and they have to be stored somewhere.

You’re working on digging out your garage, and your wife keeps screeching “be careful!” – yes, you know she loves you, but the hollering doesn’t actually help.

What would help, however, is some solid protective gear. A hard-hat would certainly come in handy as you’re digging out your food and you’re braced for an aftershock.

I think we’re all aware of the problems that can arise from even a simple cut in an emergency situation. So think of things that will protect your smooth pretty hands and your beautiful eyeballs, things like:

And consider how many of these you’ll need: anyone who is helping you out should be as protected as you are for the task at hand. 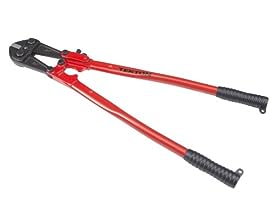 Your next-door neighbors left for Camp Roosevelt last night. You had an extra bunch of chocolate bars and other goodies you kept for a disaster, and so you sent them off with a little camp survival kit – something for the kids, especially, you hate to see suffering. They’re really very nice people and you’ve enjoyed their company over the years – you’ve even helped each other out when needed. But they didn’t prepare. That “I support Public Television” bumper sticker pretty much tells the story.

On their way out the door, they wished you luck and you prayed for each family’s safety together. They said “anything we left behind is yours, neighbor. There’s no food or anything, but if you see something you need, feel free.” Good folks.

There is something you need: their hand-powered lawnmower. They used it because they didn’t like to pollute the environment with gas, but now, it’s very useful to you as well. The grass is getting high, and you’d really like to cut it. But it’s chained up – and they didn’t leave the key.

What do you have in your tool kits that don’t require electricity? Please share and help us all get more prepared! 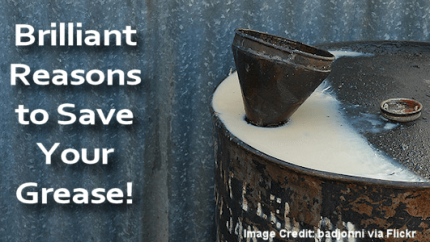 How the Nastiest Grease Can Save Your Bacon in a Blackout